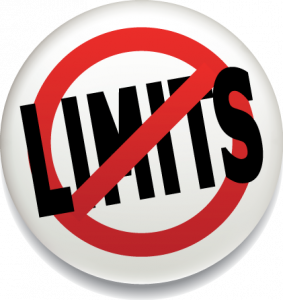 Have you ever wondered how many data series you can actually add to an Excel chart?  Well there are limits.  Recently an Excel Client was having problems creating a chart with more than 34 categories?  I suggested that her chart problems were not a limit of Excel, but perhaps user error.  So I looked into what the actual Excel Limits are for Charts and Graphs. 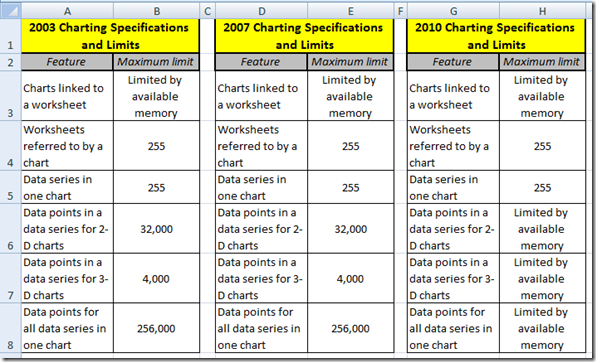 Notice that there is are limits to the number of data points or ultimately data categories in Excel 2010 as long as your computer has enough memory.  However, in Excel 2003 and Excel 2007, you are limited to 32,000 data points for 2-D charts.

So I tested it out.  I created a set of data with dates from January 1, 1900 and added one to the next date and then created a data column that increases by one just so we can see it on the chart more easily.  Here is what the data looks like and I copied it down to row 32009 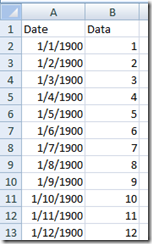 I highlighted the entire range and got this error in Excel 2003:

So I changed the range to just under 32,000 data points and the chart appeared as such: 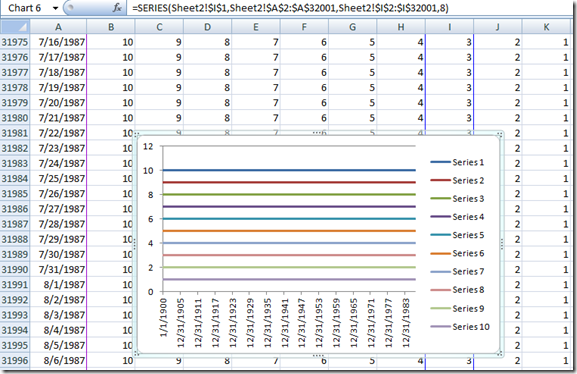 Strange, but maybe the limits are not as hard and fast as described between 2007 and 2010.  Perhaps this help document wasn’t proofed or my version of Excel 2007 was changed in a recent update?  Do you know?

Okay, so then I thought if it is more like Excel 2010, then perhaps I am only limited to by my computer’s memory.  So I created a chart with 32,000 data points for 255 columns (data series).   It took about 5 minutes for Excel to create this chart, but it worked!!! 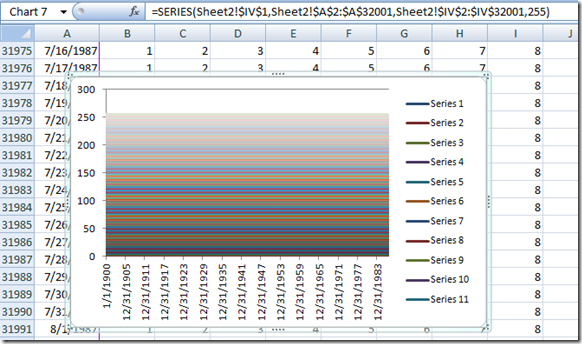 So you can have millions of data points, but only 255 data series even if your computer has the memory to handle it.

Here are links to Excel Charting Specifications and Limits:

So let me know, would you ever need more than 255 data series and Excel Chart?

Can the human eye detect any of these differences?